The Intuitionists is a collaborative artist project inspired by Colson Whitehead's 1999 novel of the same name—a work of speculative fiction that explores the relationships between progress, technology, and difference. The exhibition considers how the collection, the database, and the aggregate serve as complementary models for the organization of information and objects in flux. Deploying an innovative and idiosyncratic selection process that matches the phrases from a single paragraph of Whitehead's book to keywords that organize The Drawing Center’s Viewing Program database (e.g. “autobiographical,” “geometric,” “historical,” “consumer culture,” etc.), the artists Heather Hart, Steffani Jemison, and Jina Valentine have invited over sixty members of the Viewing Program to submit artworks responding to a word or phrase from the novel. Each item in the exhibition is hung according to the sequence determined by Whitehead's text. The Lab gallery features a collaboration by Hart, Jemison, and Valentine, also inspired by their chosen paragraph from the novel, using its words and letters to form an interpretive drawing. 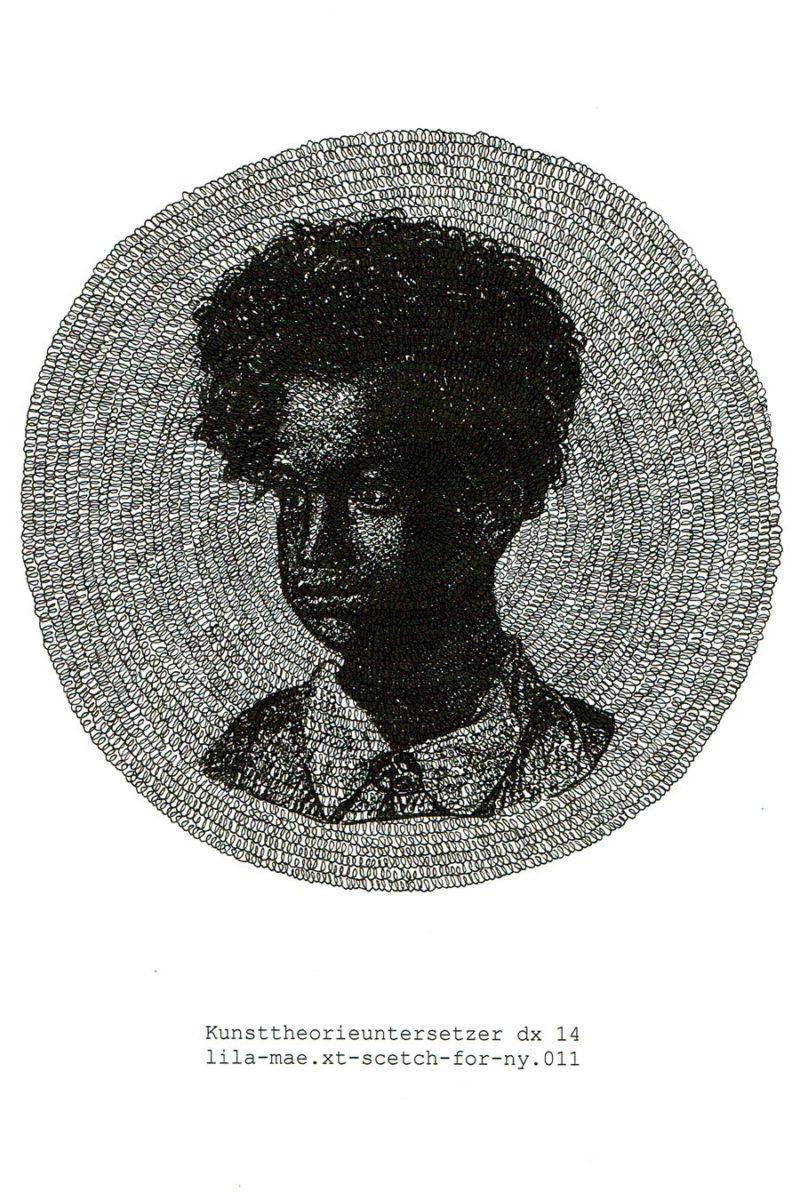 The Intuitionists is made possible by the support of The Evelyn Toll Family Foundation and with public funds from the New York City Department of Cultural Affairs in partnership with the City Council.