Please join us in congratulating artist Njideka Akunyili Crosby as the winner of the Prix Canson 2016.

The Prix Canson, one of the most prestigious annual drawing prizes in the world, partners with The Drawing Center to exhibit the works of their 2016 finalists from June 22 through July 1, 2016. Canson® and The Drawing Center are linked by their shared passion for drawing and by their ambition to promote art to wide and diverse audiences. Past Prix Canson exhibitions have been held in major museums and galleries in Paris and Barcelona. Previous winners of the Prix Canson have been: Fabien Mérelle (2010), Ronald Cornelissen (2011), Virginia Chihota (2013), and Simon Evans (2014). These winners represent the best artists today worldwide who are working with drawing. The Prix Canson president for 2016 is the world-renowned Brazilian artist Tunga. He is joined by a jury of top museum directors, curators, and collectors in the art world. During the Prix Canson exhibition at The Drawing Center, Canson® hosts a series of talks, presentations, and events with the finalists for the public and press.

Bethany Collins (b. 1984 - Lives and works in Atlanta, Chicago and New York City)

Njideka Akunyili Crosby (b. 1983 - Lives and works in Los Angeles) 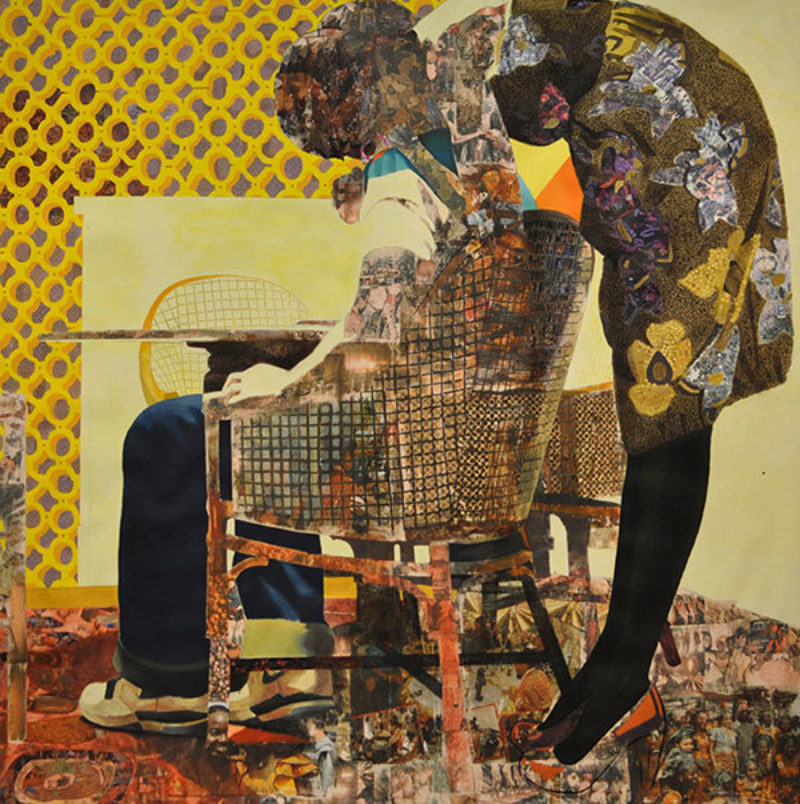