The Pencil Is a Key is an exhibition of historical and contemporary drawings by incarcerated people from all over the globe. Works by artists who were or currently are prisoners are juxtaposed with drawings by prisoners who became artists while incarcerated. Examples include drawings by political prisoners like Gustave Courbet, who was held in Saint Pélagie Prison for his role in the Paris Commune uprising of 1871; artists incarcerated during World War II as noncombatents like Hans Bellmer, who was interned in France, and a young Ruth Asawa, who was interned by the US government because she was a Japanese American; as well as artists in Soviet Gulags, Apartheid-era South Africa, in Central and South American countries under military dictatorships, and in the post-Arab Spring Middle East. The exhibition also presents drawings by members of contemporary American prison populations who found their talent through prison art programs, as well as collections of works by anonymous contemporary artist incarcerates working in drawing genres specific to prison life, like “Paños Chicanos” drawn on handkerchiefs, or envelope drawings meant to be sold or delivered through the mail.

Drawing is vital to those in captivity; it is a vehicle through which they proclaim their individuality, express their hope, and imagine their freedom. The drawings featured in this exhibition present powerful evidence of the persistence of human creativity in the most inhumane of circumstances and argue for the necessity of art—in the form of drawing—to the life of every human being. Created in extreme circumstances, the drawings in this show are weapons in the fight for justice, records that bear witness to terrible circumstances, containers of memory, and portals to a better future. Their very existence is of great significance, but their genius offers the proof of drawing’s purpose as well as the clearest explanation of why institutions like The Drawing Center must continue to present art to the public.

Press Release: The Pencil Is a Key

Exhibition Checklist: Pencil Is A Key 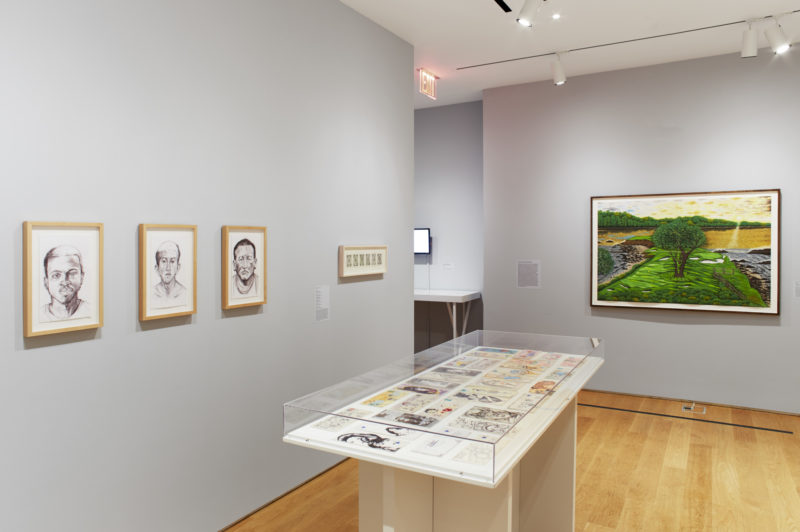 Resource Guide: The Pencil Is a Key

The Pencil Is a Key: Drawings by Incarcerated Artists is made possible by The Andy Warhol Foundation for the Visual Arts, Agnes Gund, Lonti Ebers, and the Director's Circle of The Drawing Center.

Support for the exhibition catalogue is provided by Furthermore: a program of the J. M. Kaplan Fund.

The Pencil Is a Key: Drawings by Incarcerated Artists