A leading figure in the art world for four decades, Terry Winters became well known in the 1980s for his materially-conscious drawings and paintings. Representing the patterns and schema that undergird physical and intellectual life—French philosopher Gilles Deleuze is cited as an important reference—Winters’s drawings of grids, networks, and knots illustrate complex encounters between biological drives, technological systems, and mental processes. In Facts and Fictions, The Drawing Center’s Main Gallery presents an overview of Winters’s drawings from 1980 to the present including full cycles of drawings as well as a selection of large-scale works on paper that foreground the overarching theme of Winters’s practice: the desire to make sense, however fictively, of the manner in which the visible world is constructed and received. Rather than offering a comprehensive drawing retrospective, the show is organized with an eye to morphological relationships so that, as viewers move through the gallery, they recall and ideally return to earlier related images.

Terry Winters: Facts and Fictions was on view at The University Museum of Contemporary Art at UMass Amherst from January 31–April 28, 2019. 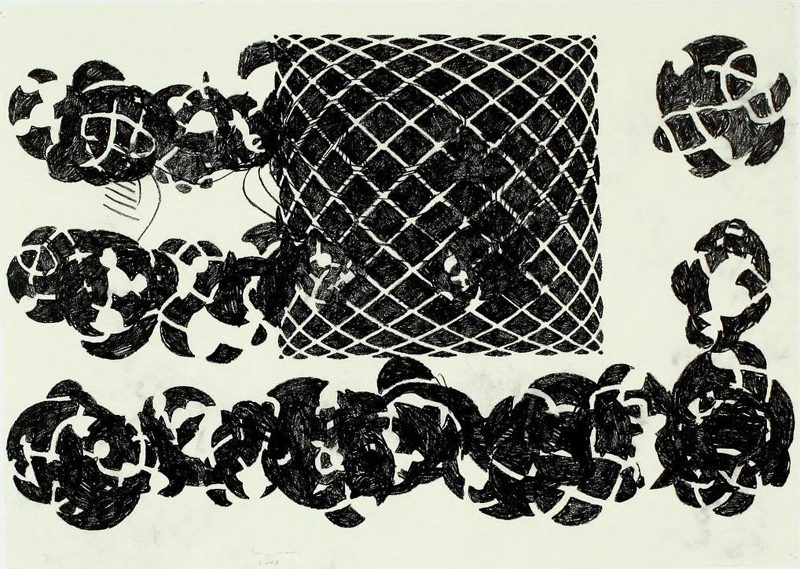